The first edition of the Michelin Guide was in 1900

The first edition of the Michelin Guide was in 1900, covering France, listing things that would be useful for motorists (less than 3,000 cars at that time were registered in France), such as the location of petrol stations, mechanics and hotels.  Initially handed out free, in 1922 the Guide began to be charged for, at 7 Francs a copy (by my calculations, this is equivalent to about £12 in 2012 money, using the retail price index to adjust for inflation). In 1926 the first stars were awarded to restaurants, with the system being extended in 1933 to a system of one, two or three stars, which has remained to this day. The Guide steadily extended coverage beyond France throughout much of Europe. In the 1950s Red Guides appeared for the first time in their current form.The Red Guides first appeared as follows:

In 2006 Michelin dipped its toe in the waters outside Europe with its New York guide, later expanding to some other major US cities, and to parts of China and Japan. 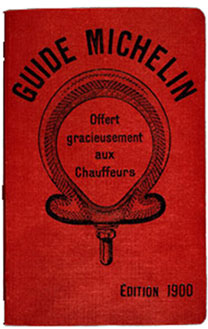 The very first Michelin Guide was published in 1900. This is a photo of the cover of one of these "first editions".

Michelin stars by head of population

Note that “population” is a tricky thing, since Michelin does not cover all countries in full e.g. in Japan certain cities and regions are covered, but not the whole country. In such cases the population used in my calculation is the population of the areas covered by Michelin, not the population of the entire country. France does not have the most stars per head, and indeed has not done for many years; Switzerland has been ahead of it in this category for a long time, as has city state Luxembourg (as would Monaco if counted separately from France). 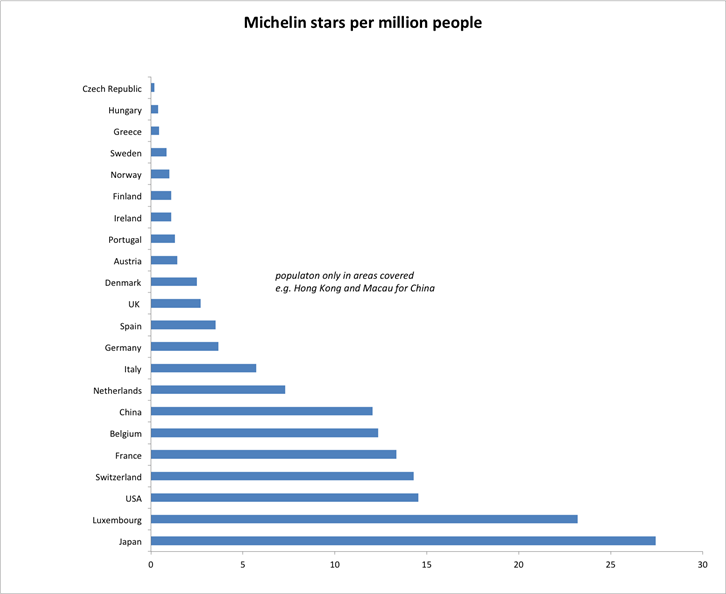